The professionals at BookMyEssay is known for offering premium Core Java Assignment Help on time. You can remain assured that the assignments delivered by us are unique, original, and plagiarism-free content.

Reach us to get Core Java Assignment Help written by experts to make it impressive.

Java is an object-oriented language. All that are in Java is an object. All data and programs stay inside classes and objects. You can extend object models easily and simply. Core Java is used to develop Java applications. This is a concept of Java swings, fundamental, java beans, and JDBC. To prepare assignments on this topic, you need in-depth knowledge of the subject matter. Many students lack this and thus they look for Core Java assignment help from BookMyEssay. We have employed qualified experts who have in-depth subject knowledge.

What is Core Java?

Core Java is used to refer to Java SE, a standard edition and related technologies such as CORBA, Java VM. It is a general term that Sun Microsystems use to describe its standard version. It is the basic version and it sets out the foundation of other Java editions.

Core Java is the collection of libraries instead of just programming language. Core Java is the purest Java form and it is primarily used to develop general desktop applications. It is the Java SE’s subset that comprises of general purpose and special purpose of APIs. It offers Java’s core functionality along with in-depth knowledge of Java. You can always receive an error-free and authentic Core Java case study assignment solution when they need online writing assistance. If you are not satisfied with the quality of our assignments, you can ask us for multiple revisions. We will provide you unlimited free revisions. 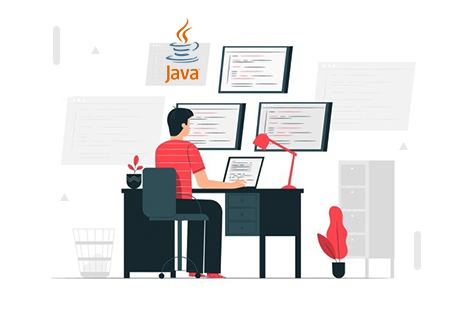 Differences Between Java and Core Java

The differences between Java and Core Java are discussed in our Core Java assignment help as follows:

Platform: Java is an object-oriented programming language that supports cross-platform compatibility and it has fewer implementation dependencies compared to other programming languages. Whereas, Core Java is a platform that is used to develop Java applications for servers as well as desktops.

Application: Java is a secure and robust platform that is independent and it is an ideal choice to develop application software for various platforms such as websites, mobile phones, servers, embedded systems, and others. Core Java is the Java SE or Java Standard Edition and it is the foundation of Java platform. It is used to develop enterprise-level applications for both servers and desktops.

The differences are highlighted in help for assignment on Core Java topic.

Students have to face a lot of troubles when they are given assignments to write. This makes them avail of professional assignment assistance from BookMyEssay. We have hired highly qualified academic experts who have immense industry knowledge. They possess huge subject knowledge and they are always available to provide you with customized assignment solutions.

We have a customer support team that is available 24x7 to resolve your assignment queries. You can contact us through live chat, messages, emails, and phone calls.

We understand the value of time and we, therefore, maintain the deadline strictly. We never delay submitting the assignments. For urgent homework writing help on Core Java, we provide them timely. Our experts follow the proper referencing and citation style.

so, if you need a reliable Core Java assignment help, approach us now.